The metaverse is currently the world’s biggest cause of FOMO (fear of missing out). Everyday brands are announcing their own metaverse or their journey into one. But what is the metaverse? In short, the metaverse is a digital environment in which people interact through their virtual avatars. Many images show people using VR goggles to venture into the metaverse, but they’re not strictly necessary.

Historically, metaverses have existed primarily in video games—even before the term “metaverse” was coined. For example, in 2006, Roblox launched its online game platform that mimics a metaverse style experience as we know today. It was a virtual universe that users never experienced before where they could create their own avatars,worlds and interact with one another. Today, it is one of the most popular and successful entrants in the metaverse world.

Minecraft provided a similar virtual gaming experience, which caught Microsoft’s eye and prompted the company to acquire the game’s developer Mojang for $2.5 billion in 2014. Grand Theft Auto V has featured the concept of role-play for years, whereby users interact in a metaverse with assigned roles. Even Fortnite can be considered a metaverse given the multitude of events and activities it offers players.

Though the metaverse concept is not new, the explosion of blockchain technology allows people to explore it in a new way. Everyday blockchain-supported metaverses are springing to life, but there are three that stand out above the rest: Decentraland, The SandBox and Somnimum Space - each with its own concept. In Decentraland and Somnium Space players can buy and sell plots of virtual land as NFTs. Whereas The SandBox -much like Minecraft- features resource mining, in addition to NFTs and its own token, $SAND.

Though still in beta or even alpha phases, these metaverses have already inked partnerships with important players strengthening their market position. To name a few, Adidas, Samsung, Atari and Miller Light have all purchased plots of land, as well as Sotheby’s who have launched into metaverse auctions. Additionally, The Australian Open created a virtual version of Melbourne Park, and brands such as Dolce & Gabbana, Tommy Hilfiger, Perry Ellis and Estée Lauder helped bring “Metaverse Fashion Week” to life. 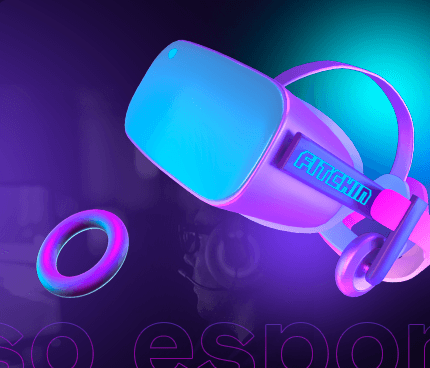 "Fortnite can be considered a metaverse given the multitude of events and activities it offers players."

The metaverse and esports

Esports has the ability to unlock the full potential of the metaverse. We’ve already mentioned examples of the metaverse in video games, but if we approach it from the point of view of esports teams and tournament organizers— the possibilities are endless.

Esports is a global, virtual environment that provides a constant connection between fans, teams, players and tournaments. It attracts more than 500 million spectators worldwide with fans traveling thousands of miles to attend events. The metaverse closes this gap, giving fans a common meeting ground where they can virtually interact as if they were in-person.

Imagine a virtual environment where each esports team has a venue where visitors can purchase merchandise or NFTs and virtually meet their favorite players. Imagine the world's most prominent streamers having a presence in that metaverse and offering their followers metaverse-exclusive experiences or live performances. Or try to envision the most important esports tournaments taking place in virtual stadiums where metaverse users can enter to watch the competitions and share their experiences with other users. FITCHIN is already working to make that dream a reality!

The importance of defragmenting metaverses

As a result, the metaverse could wind up suffering from that same fragmentation, and we should do our utmost to minimize it. So, why not have the world’s greatest steamers’ and teams’ headquarters, as well as stadiums, museums, or even recreational spaces in the same place? Moreover, if a unified metaverse can serve as an access point for users who want to participate in an activity in Decentraland, The SandBox, or Somnium Space, we’ll have discovered an essential, game-changing solution.