We tell you about the competitive progress of our partner teams.

By the beginning of December, most of the 2022 esports championships came to an end. FITCHIN partner teams claimed several titles. Keep reading for the down low!

La Calavera closed the first year of its new Counter-Strike: Global Offensive venture with a bang! Furious won the title after beating Boca Juniors in the final, although not how they’d hoped for: the Xeneizes were unable to compete due to technical issues and were forced to award a walkover.

Leviatán, the other LATAM South rep who will attend VCT Americas, is banging out quite the off-season. The Dragon won LATAM Gods at Movistar Game Club in Santiago, Chile.

La Levianeta barreled through the competition, first defeating Movistar Optix and then MIBR twice to win the title. The six-player roster set to compete next year in Los Angeles put on a great show and met the fans that came to see them. 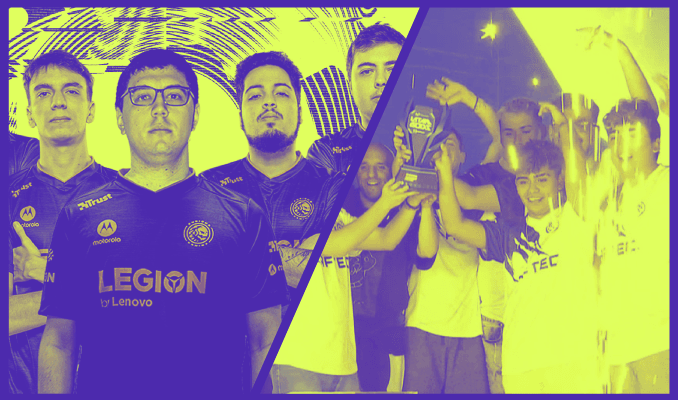 Kun Agüero’s team made its competitive debut with the line-up that will compete in VCT Americas without Melser, a recent addition who couldn’t make it because his wedding fell on the same day. As such, the Brazilian axeddy came off the bench to fill in for the newlywed. At Red Bull Home Ground, played in Manchester, England, KRÜ played well against heavyweights from different parts of the world,

In the group stage, the squad went 1-2, losing to Vitality in a tight match, as well as Cloud9. Agüero’s bunch then rebounded to defeat FOKUS, a victory which sealed their playoffs spot. There they scored a remarkable win against Team Liquid, only to lose again to Cloud9 in the semifinals, securing a top 4 finish in the event.

Giants, our first Spanish partner, participated in the G-Loot VALORANT Clash in Europe in preparation for the European VCT. The Spanish team got off to a good start with two solid Ws against Galatasaray Esports and BBL Esports, before ultimately falling to Parla Esports in the semis.

Giants, one of the VCT squads, will play the EMEA League (Europe, Middle East, Africa) at the end of March, set to take place in person in Berlin, Germany. The overhauled Giants roster, featuring four new players, took the tournament as a chance to get their feet wet and coalesce as a new team.